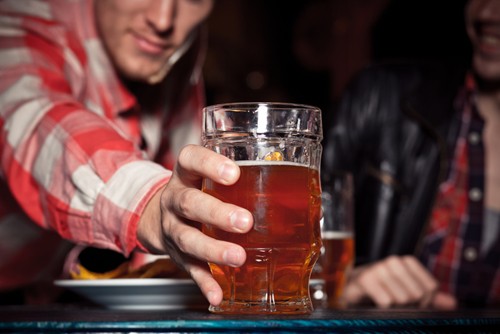 Over the past two years alone, various types of craft beer businesses have grown immensely. Learn more about this conference [ Here ].

Craft beer has been a fast growing trend for several years now. According to the National Brewers Association, even as overall beer sales and production dropped 0.2 percent in 2015, craft beer profits went up. Sales of craft beer spiked 12.8 percent while production increased 13 percent.

Over the past two years alone, various types of craft beer businesses have grown immensely. In 2015, there were:

This represents the addition of more than 7 million regional craft breweries, upwards of 1.5 million microbreweries, more than 300,000 brewpubs and nearly 58,000 contract brewing companies, all in just a two-year time span.

With so many people dedicating their careers to craft beer and many more becoming enthralled with the trend, it makes sense that industry leaders and budding entrepreneurs alike should come together to discuss all things hops and barley at the upcoming Craft Brewer’s Conference.

CBC is an annual event that brings brewpubs and packaging breweries together. This year, it will take place from May 3 to 6 in Philadelphia.

According to Communities Digital News, many locations around the city will be celebrating the craft brewing industry. A wide variety of venues will be showing off their best brews throughout the week. From the National Museum of American Jewish History putting on the Amber Waves art exhibit highlighting the art of brewing to the International Beer Run, there is no shortage of activities for craft beer-loving adults to take part in.

Despite much of Philadelphia celebrating the CBC, the actual conference’s events are off-limits to anyone not officially in the brewing industry. The first day will offer attendees information about accurately measuring wort gravity and counting yeast cells, while the three following days will give participants a wide variety of educational sessions focusing on everything from brewing operations to sustainability to marketing.

While each of these points is important, it is crucial that craft brewers know how to produce a safe product that meets all requirements set by the U.S. Food and Drug Administration. Errors can result in distributing a potentially dangerous product.

When shell and tube heat exchangers are important

There are many aspects that go into creating an enjoyable craft beer that also meets the requirements set by the FDA. According to the National Brewers Association, all craft brewers must follow Good Manufacturing Practices for Craft Brewers, which include the following guidelines:

Sanitary shell and tube heat exchangers are important in regards to the last GMPCB. Heat exchangers serve an important purpose in cooling the wort (the early liquid that’s later fermented into beer) to the necessary temperature to begin the actual brewing process, though if they are not properly cared for or graded to meet sanitary requirements, they aren’t worth much to a brewer.

It’s important that brewers are aware of the standards their equipment needs to meet. This is why conferences like the CBC are so important – they give everyone in the craft brewing industry unique opportunities to learn more about the requirements they must adhere to when brewing.

Another way shell and tube heat exchangers are used in large-scale operations is for waste heat recovery. This can be applied to operations in a wide variety of industries, but for smaller companies, such as a burgeoning craft brewery, it’s important to keep operational costs low. Energy is expensive, but heating and cooling the product to the right temperature at the right time is crucial to producing a high-quality product.

The energy required to create heat takes time and money, and without the right waste heat recovery method in place, it is only used once before it is released. Collecting and reusing that heat can make an operation more environmentally friendly as well as more economically sound. Shell and tube heat exchangers are great pieces of equipment to achieve this goal.

For brewers who know their craft better than anything, but don’t know much about what makes a shell and tube heat exchanger food grade, Enerquip’s in-house engineers can be a big help. This is why Enerquip will be attending the CBC. Anyone involved in craft brewing who wants to know more about how a shell and tube heat exchanger can improve his or her operations, or about what kind of configuration will benefit their operation most, can stop by Enerquip’s table to gain some information.